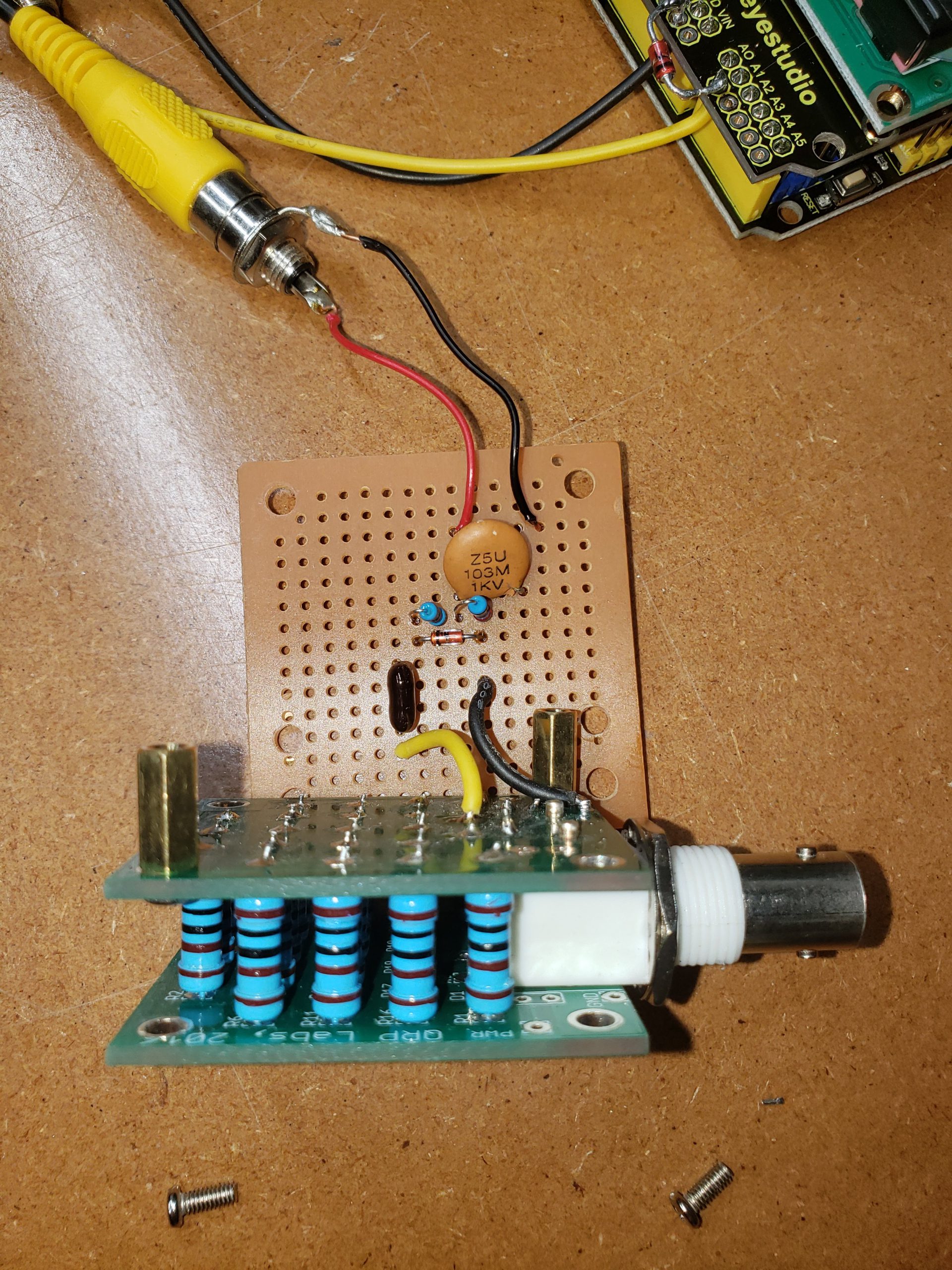 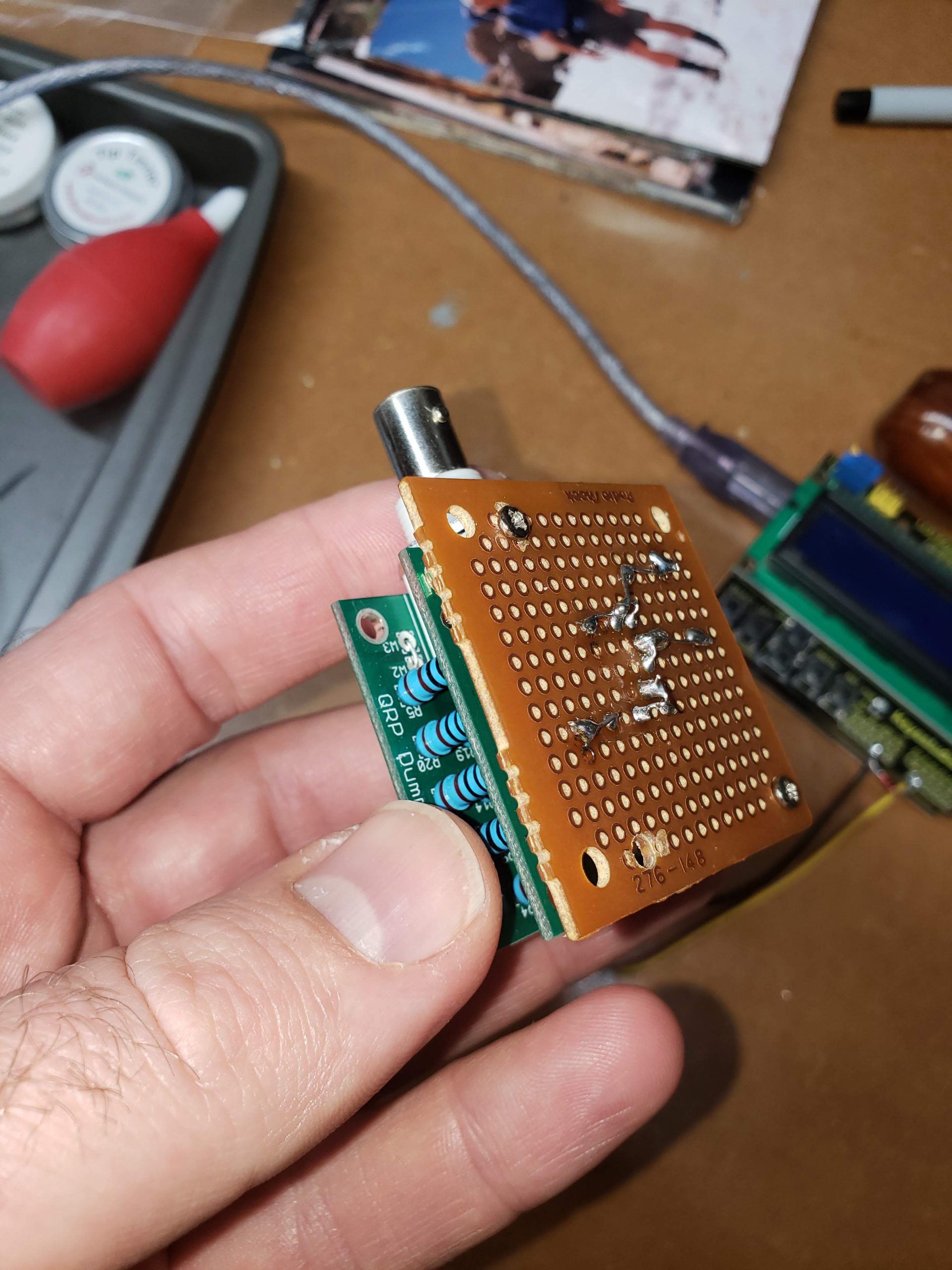 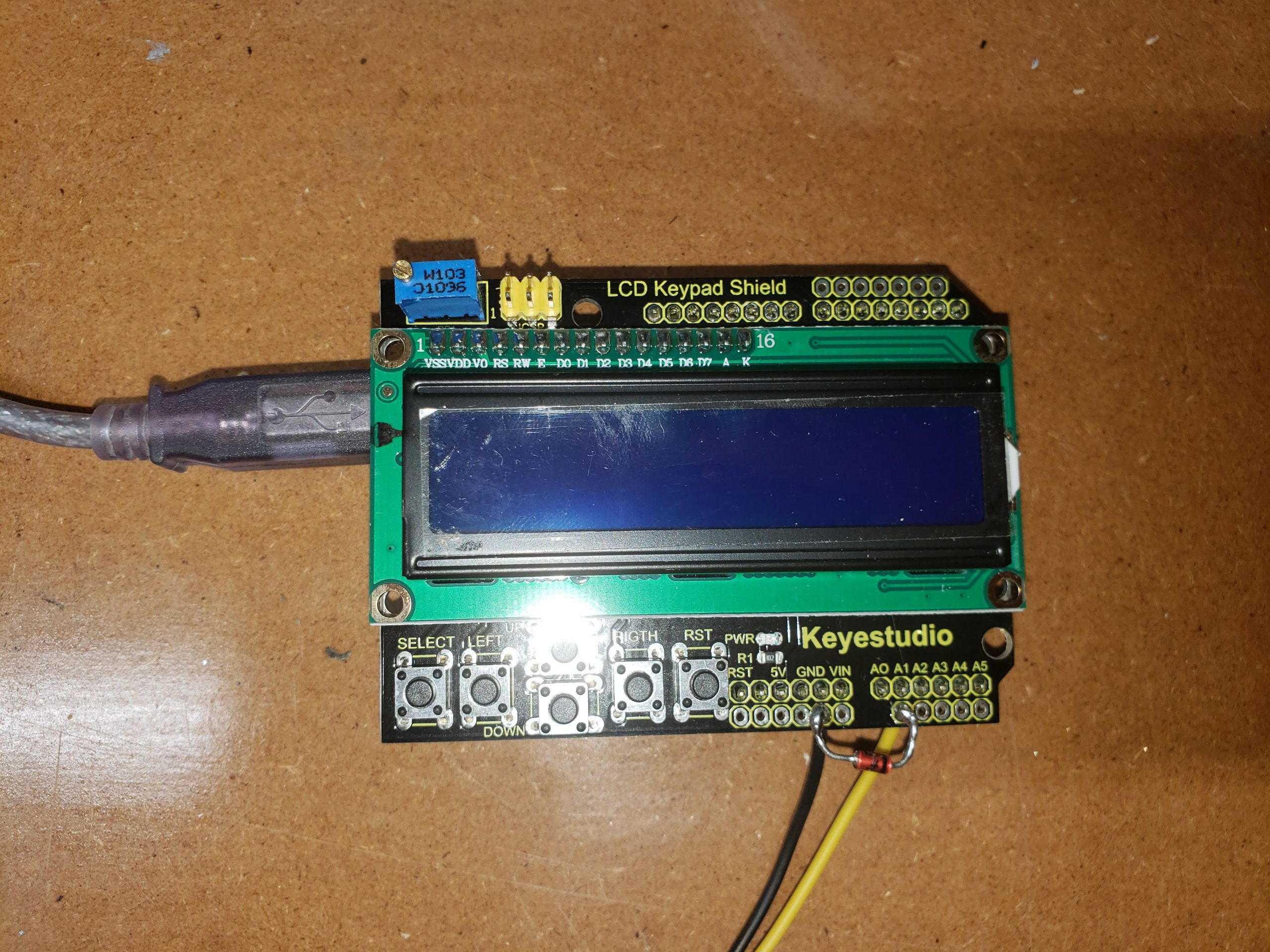 I busted out my QRP Labs QCX 20-meter CW transceiver this evening, just for grins, to see what its output power is–I’m hoping to take it portable this spring. It really is a neat little transceiver… I’ll have to blog about my experience building it at some point, because when I built it last summer (2019), it really was a great time. Here’s a picture of it in the PCB chassis I built for it from QRP Guys plans.

Unfortunately, what I discovered when hooking it up to my 13.8 VDC bench supply, my antenna tuner/power meter and a dummy load, is that the output was less than 1.5 watts! I swapped out the bench supply for a fully-charged 14.8 VDC LiPo battery (so ~16 VDC output), and the power went up to about 1.8 VDC. However, this is still quite a bit less than the ~5 watts that I was expecting! So, I’ll need to do some research. (I will note that this is actually the first time I’ve ever attempted to measure its output power.)

I did open it up, just to take a look at the finals and see if there was any visible damage to the BS170s. Here’s a picture of it opened up (but with the LCD display still in place, so you can’t see the finals).

After removing the LCD display and inspecting the finals with a magnifying glass, I could see no visible damage. So, I’m going to post to the forum, and see what I get. I do see, based on this FAQ, that I might be looking at reworking the output filter a bit.

I just posted a page that describes a GPIO-based CW keyer for Quisk. This has been tested in the following configuration: Raspberry Pi 4, HobbyPCB RS-HFIQ, Quisk 4.1.52, and a breadboard GPIO input circuit for plugging in my paddles. Feel free to check it out, ask questions, comment… I’m sure there are some errors.

Welcome to kc4upr.motd.org, hosted by the SDF Public Access UNIX System‘s MOTD Project. This is my ham radio site/blog, which will hopefully grow to encompass various aspects of my participation in the world of amateur radio.  More to follow…

Hosting for this site is provided by